In 2020, fashion advertising is everywhere: in magazines, on urban billboards, on television and, of course, on the Internet. Some communication campaigns remain in people’s minds and have more impact than others.

Lacoste had already hit hard with its Timeless communication campaign a few years ago. With Crocodile Inside, the fashion brand is back in force. Designed by the BETC agency, a commercial and three
prints
show that you have to stay strong and classy, even in the face of adversity and difficulty.

The three images are a work of photographer Oliver Hadlee Pearch. In each picture, a person is moving forward despite the headwind. Selah Marley, Leo Walk and Novak Djokovic perfectly embody the slogan ” Life is a beautiful sport “. For example, the tennis player managed to reach the top spot in the world despite an injury.

The film-like video was made by Megaforce. It tells the story of a couple who are torn apart and end up finding each other after the storm. Edith Piaf’s love anthem, the spectacular effects and the acting (Oulaya Amamra and Kevin Azaïs) sublimate the brand. In addition to promoting elegance in the face of life’s trials, the images in this commercial emphasize that the brand is French.

The Jennyfer clothing brand is looking to renew its image. Last year, it carried out a national campaign with the communications agency Buzzman. With a web video, posters and in-store actions, the clothing company wants to win back its target audience, young people aged 16 to 21. To do this, she dusts off the clichés that stick to her. 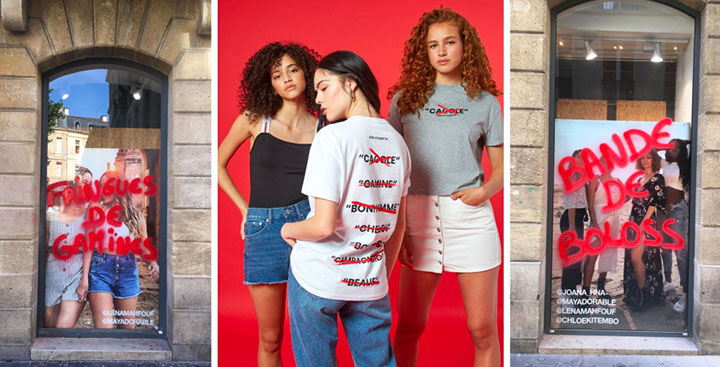 Advertising prints highlight teenagers with a confident look in an urban environment. They are accompanied by texts that ask not to label these young people as scum, girls or weirdos. With this cheeky and daring fashion ad, the brand seeks to go beyond stereotypes. She embraces her differences and labels through the slogan #don’tcallmeJennyfer. She invites her clients to do the same and to remain free. Jennyfer went where she wasn’t necessarily expected by tagging the windows of her stores with the clichés that the clothing brand still suffers from in 2020.

In the same vein as Jennyfer, Zalando has launched an event campaign with the creative communication agency We are social. For three days last year, bus shelters in Paris were modified so that passers-by could interact. 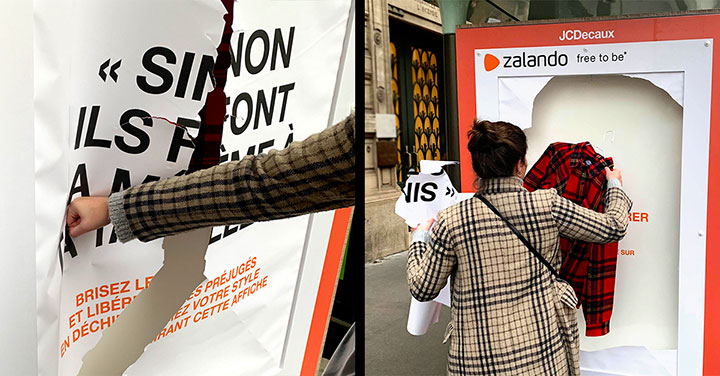 Phrases like “You’re not old enough to wear that” or “Did you wear your pajamas today or what?” catch the eye of the Parisian, who is then invited to break the panel to retrieve an item of clothing inside.

This act is seen as a metaphor for breaking stereotypes and the power that fashion has over consumers. Zalando puts its customers in the centre of the action and invites them to free themselves from the dictates of fashion and all its impositions. Zalando asserts itself as a free brand and invites you to free yourself from prejudices.

Wedressfair, which only offers ethical and responsible brands on its platform, is tackling the excesses of fashion. At the time of the
Fashion Revolution Green
2020, a movement for more ethical fashion, Wedressfair is turning classic fashion advertisements into four
prints
relayed on social networks. 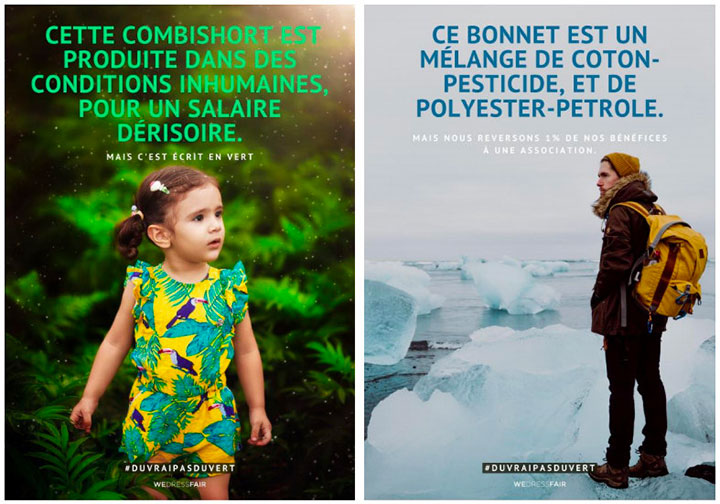 On the top, beautiful images highlight portraits of men, women and children with texts such as “the cotton in this dress is GMO, fed with pesticides, and colored with toxic products. But it’s written in green”. A way to denounce the
greenwashing
and the scandalous practices of certain companies.

Rapper Kanye West has developed a shoe brand with Adidas. For the line’s sixth season in 2017, it’s banking everything on Instagram. By pulling off a marketing stunt solely on the social network, he broke away from the traditional codes of fashion advertising. 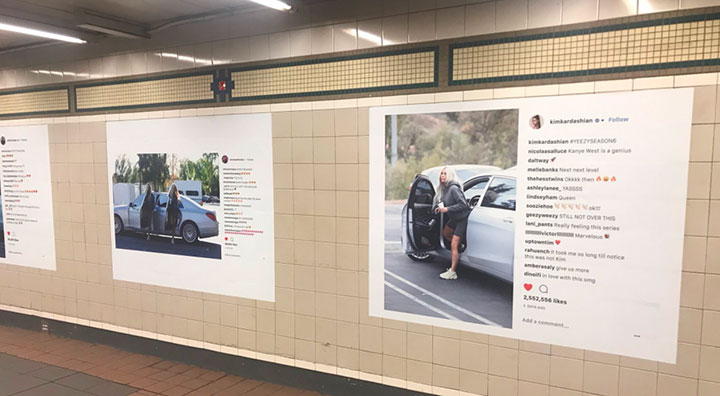 The campaign was conducted in two stages. First of all, the singer used his wife Kim Kardashian’s fame. Adorned with Yeezy brand products, she let herself be photographed by the paparazzi when she went out. Then she ended up posting the shots on Instagram.

For round two, Kanye West called on fashion influencers. They recreated and repurposed the original images of Kim Kardashian to embody her, have their photos taken, and then post, in turn, the photos on Instagram with the hashtag #YeezySeason6. The images have gone viral. Yeezy sneakers have helped the rapper join Forbes magazine’s list of billionaires.

Alioze hopes these ad campaigns have inspired you for 2020. Do not hesitate to contact us to benefit from the advice of our team specialized in marketing and fashion communication.