You manage a restaurant and you are out of ideas for your next marketing campaign? It is never easy to find the right words and images for your target audience, while at the same time asserting your identity. However, some advertisements manage to remain in the annals and to mark the minds of the consumers. Here are some of the best restaurant ads of the past few years to inspire you.

Hiltl is one of the oldest vegetarian restaurants based in Switzerland, in Zurich. According to the Guinness World Records, it is even the oldest in the world. It has been serving meatless and vegan dishes since 1898. To showcase its originality, the brand is coming up with a brilliant ad campaign in 2019.

Even though the establishment already has an established reputation, it does not shy away from good publicity to make itself known internationally. It also helps to anchor its image as an institution for vegetarian customers. 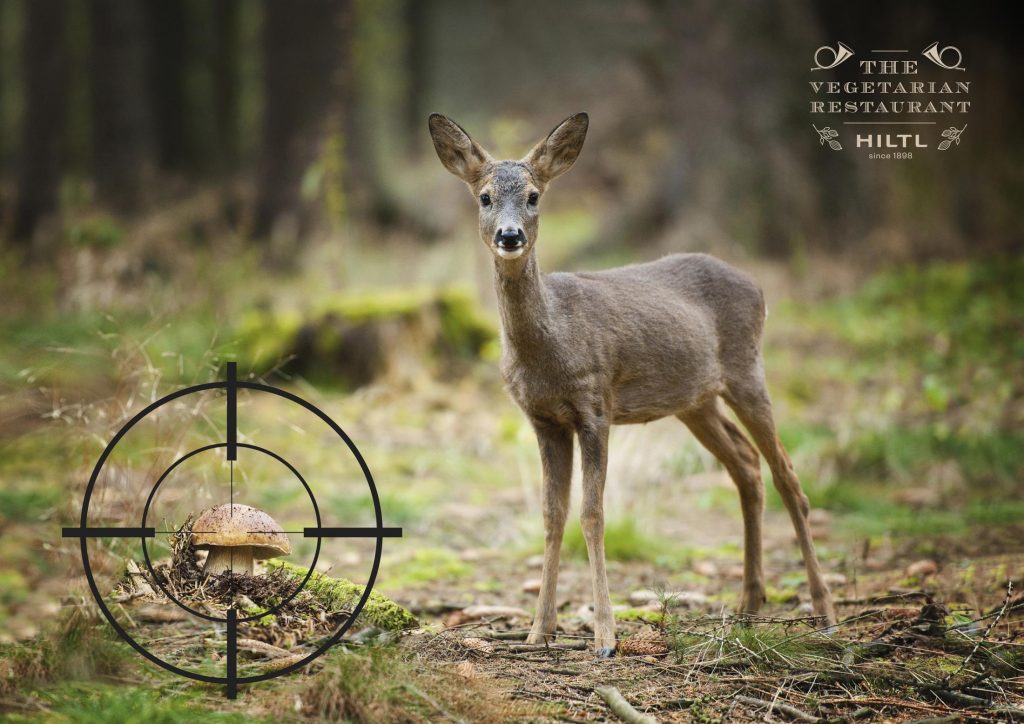 The Peaceful Hunting Season series of displays features photos of animals in their natural habitat: wild boar, hares, deer and roe deer. A few meters away from them, a target is pointed at a plant, an apple tree, a lettuce or a mushroom. A simple and effective way with a strong message: it is possible to eat differently and leave the animals in peace at Hiltl.

M6 is taking advantage of the troubled period of the covid to launch a bold communication campaign that has caused a stir.

While on June 9, 2021, the curfew is shifted to 11 p.m. and restaurants will finally be able to welcome and serve gourmands normally, M6 has scheduled the final of the Top Chef show. She encourages the French not to watch her programme with the slogan: “Don’t watch Top Chef… Go to a restaurant”.

The chain is using mischief, because this original speech has a double effect of supporting French restaurants while doing its own advertising. It’s also a way for the channel to improve its brand image, especially since the chefs on the M6 culinary competition did their bit for their profession during the health crisis.

A trailer was broadcast on television and was accompanied by a visual published in the press and on social networks. Videos completed the campaign in which the channel’s director, the chefs and the participants in the competition spoke, without forgetting to point out that Top Chef would be broadcast in replay.

The Guide Restos Voir therefore stages food in photographs with a strong sexual connotation: an oyster dressed with watercress, melons decorated with fried eggs, etc. The slogan “we’ve been happy to make your mouth water for 18 years” accompanies the visual. 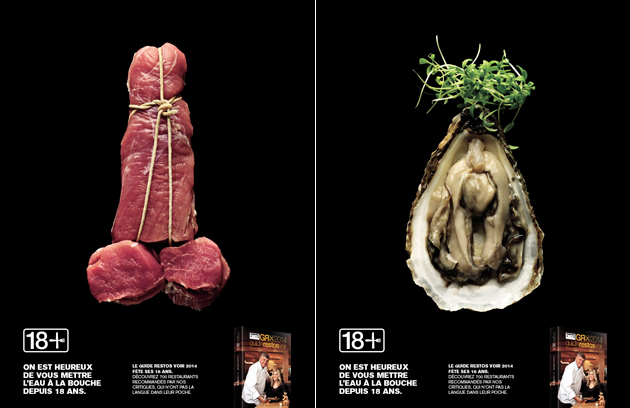 Some were shocked, others loved it. In any case, this ad will have made a big splash in the restaurant and gastronomy world. A successful bet for the communication agencies!

The giants of the fast-food industry, Burger King and Mac Donald’s, never cease to use their genius for their advertisements, always very anchored in the modern world and the daily life of the consumers. 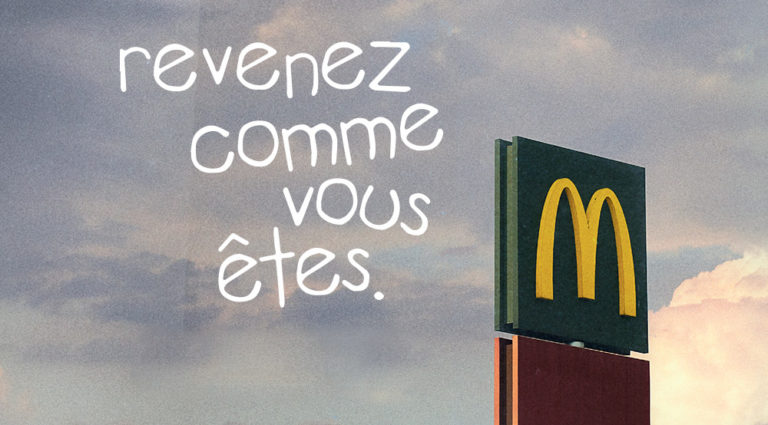 Both brands have adapted their message during the health crisis. Paris agency DDB is inviting Mac Donald’s customers to “come back as you are” after the first containment and restaurant closure in 2020.

Burger King, in 2021, adds the mask and hydro-alcoholic gel to its commercial. Comedian Fred Testot takes on the famous role of captain that he created for Canal +’s SAV and informs about safety measures with his legendary franglais.

The two fast food aces are at their most creative when they compete and respond to each other. In 2016, Mac Donald’s launched a video on the web that mocked Burger King. A sign, which states that there is a Mac Donald’s drive-through 5 km away, is set up next to a gigantic sign several metres high with endless directions to the next Burger King, which is only 258 km away. Three days later, the burger king posted a tweet challenging Mac Donald’s and broadcast the same video, but changed its ending. The car does stop at the clown restaurant’s drive-through, but only to order a coffee to last until the next Burger King. This ad is a great response to the provocation and will be remembered for a long time.

If you also want to create impactful advertisements to match your brand, contactAlioze agency, our agency accompanies you in all your gastronomic projects.