Facebook News is gradually coming to France, after being launched in the United States, the United Kingdom, Germany and Australia. It is a news feed reserved for media content. Its deployment began on 15 February 2022 and should be available to all users by May.

The arrival of Facebook News has one main objective: to combat the misinformation of which the social network is often accused. Indeed, the content shared on the classic Facebook News Feed is not always verified and may contain false information.

Facebook News responds to these accusations by offering a place where each content is sourced and produced by real media. After the presentation of its metaverse, Meta (the new name of the parent company Facebook) continues to develop new features despite recent cases (accusations concerning the harmful effects of Instagram, an app belonging to the same group, on the mental health of children).

It is accessible from a new tab in the Facebook application. The content is presented in the form of thumbnails, mentioning the title of the article, the name of the media and is accompanied by a visual. By clicking on these contents, the user is automatically redirected to the site of the partner media. No article can be read directly on the Facebook page.

Facebook News is divided into two parts: the first is common to all users and condenses the news of the day; the second is personalised according to the interests of each user. 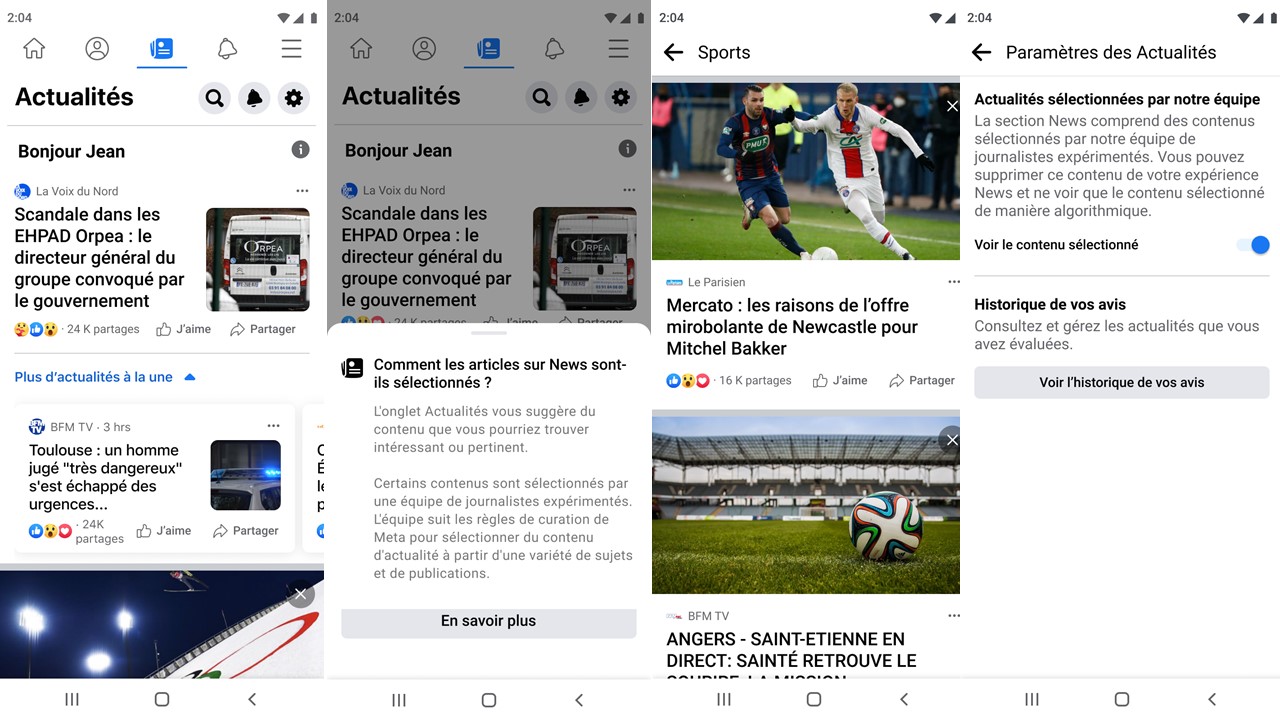 Meta’s ambition is to position Facebook News as a guarantee of quality and diversity for accessing information, in real time.

Since its launch, only a handful of users have had access to Facebook News. This situation should change, as it is planned to be available to all from May.

A partnership with several French media

In France, the launch of Facebook News was made possible by an agreement signed with APIG (Alliance pour la presse d’information générale).

Other media partnerships have also been concluded, in particular with BFM-TV, Capital, L’Equipe, or even l’Express, Voici, Femme Actuelle.

Regarding the curation of published editorial content, Facebook’s parent company, Meta, has entrusted the task to Media Services, a subsidiary of AFP. The latter is responsible for ensuring that Facebook News offers a variety of content, both in terms of subject matter and publishers. The news selected covers everything from politics and science to entertainment and international news.

The launch of Facebook News in France allows for the dissemination of quality information on social networks, where the spread of fake news is common. Media content is positioned as an essential asset in the digital world to get information from reliable and verified sources.

Need advice on social media and the metaverse? Alioze, the web agency in Paris specialising in digital marketing, will develop a tailor-made communication strategy for your brand.