The 3 best health advertising and communication campaigns of recent years

Advertising is omnipresent in our daily lives. The health sector cannot do without this distribution system for prevention and sales. How to be fair, impactful and relevant in your message on these sensitive subjects? Here are the best health advertising and communication campaigns of recent years.

1 – The winner of the health communication festival

Every year, the Health Communication Festival brings together the main players in the medical and pharmaceutical fields. Executives, communicators and marketers have been meeting since 1989 to reward the best health advertisements. The 2020 edition, which could not take place because of Covid-19, will be postponed to November 2021 in Deauville. It will be followed by an award ceremony in the capital in January 2022.

In the meantime, let’s take a look back at the 2019 festival’s Grand Prize winner. The French association for the study of the liver (AFEF) had carried out a campaign throughout France to prevent hepatitis C. An asymptomatic disease, it affects 75,000 French people who are unaware of it and can turn into cirrhosis or cancer. The AFEF, together with the patient association SOS Hepatitis and the pharmaceutical companies Abbvie and Gilead, decided to make #dubruitcontrel’hépatitec. The concept? Bringing the disease out of silence by being as loud as possible. 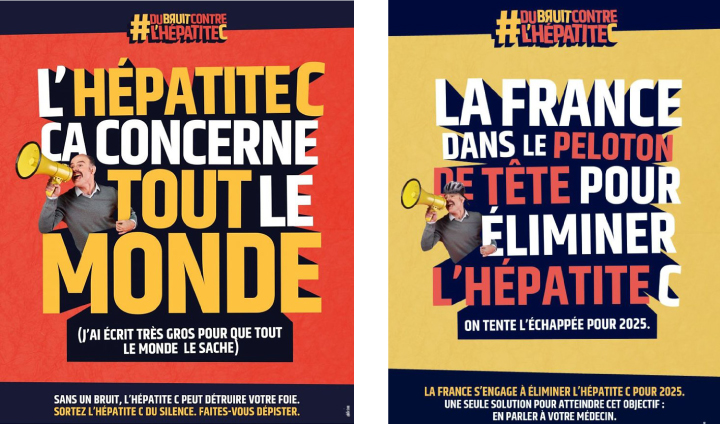 All channels were used: a TV film, posters, a website and social networks. The campaign encouraged French people to get tested for hepatitis C. The Addiction agency, in charge of the project, also used the media event of the Tour de France to make its voice heard by the population. It followed the competition throughout the month of July, all over France, to raise awareness among the maximum number of people thanks to noisy trucks and prevention and screening actions. All this obviously relayed on social networks.

The Mayo Clinic is on top of the podium. This American teaching hospital in Minnesota unveils its latest installment of the You Know where to Go campaign. On social media, a video called The power of Answers shows the impact of certainty on a brain that was previously in the dark. Science and art merge in computer-generated images that show synapses lighting up. The Mayo Clinic emphasizes its model of care, which aims to provide the patient with an accurate diagnosis.
Sherri Gilligan, the hospital’s director of marketing, says the Mayo Clinic does not promise a cure to every patient, but answers that give the patient hope and optimism.

In 2018, the Pierre Deniker Foundation for Research and Prevention in Mental Health is launching the #uneautrerealite campaign. His goal? To change the way people look at schizophrenia, to inform about treatments and to collect donations for research. 600,000 French people are affected by this often misunderstood disease. The first symptoms appear in young people between the ages of 15 and 25, yet the disease is diagnosed on average only 10 years later. Fear and ignorance lead to misunderstanding and denial. We talk about mental suffering, but also about the difficulties of accepting one’s pathology in a judgmental society.

The campaign deployed by the Publicis Group and the Marcel agency used social networks to destigmatize schizophrenia. A commercial follows Alexis, a young boy wearing a virtual reality mask. He cannot get rid of this vision which handicaps him in his daily perceptions and in his relationship with others. The slogan is clear: “To be a victim of schizophrenia is to be a prisoner of another reality.

More recently, in March 2020, the Schizophrenia Days Association launched a campaign to raise awareness of the disease and to break down misconceptions and prejudices. It unveils a campaign aimed at young people using the codes of TV series. Several episodes of “Schizo, the first science series based on real events and endorsed by a committee of experts on schizophrenia” tell the story of Alice who starts school and begins to find the behavior of her classmates strange. In this film, new discoveries and research that is progressing are highlighted. 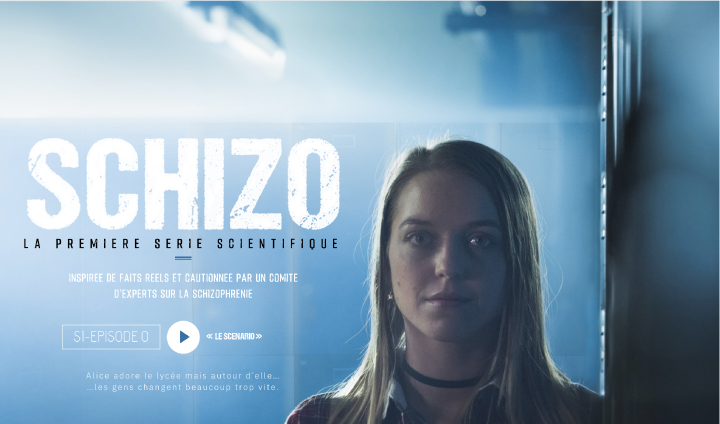 Alioze hopes that these advertising campaigns will give you ideas for your media plan. Do not hesitate to contact our team specialized in marketing and health communication which will be able to accompany you.